Antiracist Resources and Reads: Materials for All Ages

Our librarians have compiled a wide range of resources for patrons who are searching for books and other library materials on race and justice. Whether you’re discussing current events with your children, your teenagers or your family, or if you’re merely learning for yourself, the following library materials are here for your use. We hope these resources will help community members educate themselves further, and inspire all of us to take actions for the greater good.

Something Happened in Our Town: A Child’s Story About Racial Injustice by Marianne Celano
After discussing the police shooting of a local Black man with their families, Emma and Josh know how to treat a new student who looks and speaks differently than his classmates.
Available as: Book

Ghost Boys by Jewell Parker Rhodes
After seventh-grader Jerome is shot by a white police officer, he observes the aftermath of his death and meets the ghosts of other fallen black boys including historical figure Emmett Till.
Available as: Book

A Good Kind of Trouble by Lisa Moore Ramée
After attending a powerful protest, Shayla starts wearing an armband to school to support the Black Lives Matter movement, but when the school gives her an ultimatum, she is forced to choose between her education and her identity.
Available as: Book, eAudiobook

Clean Getaway by Nic Stone
Set against the backdrop of the segregation history of the American South, take a trip with New York Times bestselling Nic Stone and an eleven-year-old boy who is about to discover that the world hasn’t always been a welcoming place for kids like him, and things aren’t always what they seem–his G’ma included.
Available as: Book, eBook

Count Me In by Varsha Bajaj
Told from two viewpoints, sixth-graders Karina and Chris use social media to stand up to racism in Houston, Texas, after an attack puts Karina’s Indian American grandfather in the hospital.
Available as: Book

Betty Before X by Ilyasah Shabazz
Raised by her aunt until she is six, Betty, who will later marry Malcolm X, joins her mother and step-family in 1940’s Detroit, where she learns about the civil rights movement.
Available as: Book, eAudiobook

All American Boys by Jason Reynolds and Brendan Kiely
Two teens—one black, one white—grapple with the repercussions of a single violent act that leaves their school, their community, and, ultimately, the country bitterly divided by racial tension.
Available as: Book, eAudiobook

Dear Martin by Nic Stone
Writing letters to the late Dr. Martin Luther King Jr., seventeen-year-old college-bound Justyce McAllister struggles to face the reality of race relations today and how they are shaping him.
Available as: Book, eBook

The Hate U Give by Angie Thomas
Sixteen-year-old Starr Carter moves between two worlds: the poor neighborhood where she lives and the fancy suburban prep school she attends. The uneasy balance between these worlds is shattered when Starr witnesses the fatal shooting of her childhood best friend Khalil at the hands of a police officer. But what Starr does, or does not, say could upend her community. It could also endanger her life.
Available as: Book, Audiobook, eBook, eAudiobook, DVD

Light It Up by Kekla Magoon
A girl walks home from school. She’s tall for her age. She’s wearing her winter coat. Her headphones are in. She’s hurrying. She never makes it home. In the aftermath, while law enforcement tries to justify the response, one fact remains: a police officer has shot and killed an unarmed thirteen-year-old girl. The community is thrown into upheaval, leading to unrest, a growing movement to protest the senseless taking of black lives, and the arrival of white supremacist counter demonstrators.
Available as: Book

March (Books 1-3) by John Lewis
To share his remarkable story, Congressman John Lewis presents March, a graphic novel trilogy. March is a vivid, first-hand account of Lewis’ lifelong struggle for civil and human rights (including his key roles in the historic 1963 March on Washington and the 1965 Selma-Montgomery March). Rooted in Lewis’ personal story, it also reflects on the highs and lows of the broader civil rights movement.
Available as: Book, eBook

Stamped: Racism, Antiracism, and You by Ibram X Kendi and Jason Reynolds
Through a gripping, fast-paced, and energizing narrative, this book shines a light on the many insidious forms of racist ideas–and on ways readers can identify and stamp out racist thoughts in their daily lives.
Available as: Book

We Are Not Yet Equal: Understanding Our Racial Divide by Carol Anderson
This YA adaptation of Carol Anderson’s White Rage explores the history of racism and oppression in the United States from the end of the Civil War and Reconstruction through the election of Donald Trump.
Available as: Book

They Can’t Kill Us All: Ferguson, Baltimore, and a New Era in America’s Racial Justice Movement by Wesley Lowery
A behind-the-scenes account of the #blacklivesmatter movement shares insights into the young men and women behind it, citing the racially charged controversies that have motivated members and the economic, political, and personal histories that inform its purpose.
Available as: Book

We Were Eight Years In Power: An American Tragedy by Ta-Nehisi Coates
Coates follows up his National Book Award-winning Between the World and Me with essays that sweep through the Obama era. Included are annotated versions of much-discussed pieces he wrote for the Atlantic, including “Fear of a Black President”; two new essays that reassess the Obama era and consider what’s to come; and a think piece based on Coates’s interviews with President Obama during his final year in office.
Available as: Book, Audiobook, eBook

So You Want to Talk About Race by Ijeoma Oluo
In this book, editor-at-large of the Establishment Oluo offers a contemporary, accessible take on the racial landscape in America, addressing head-on such issues as privilege, police brutality, intersectionality, micro-aggressions, the Black Lives Matter movement,
and the “N” word. Perfectly positioned to bridge the gap between people of color and white Americans struggling with race complexities, Oluo answers the questions listeners don’t dare ask, and explains the concepts that continue to elude everyday Americans.
Available as: Book, eAudiobook

“Why Are All the Black Kids Sitting Together in the Cafeteria?” And Other
Conversations About Race by Beverly Daniel Tatum
Walk into any racially mixed high school and you will see black youth seated together in the cafeteria. Of course, it’s not just the black kids sitting together-the white, Latino, Asian Pacific, and, in some regions, American Indian youth are clustered in their own groups, too. The same phenomenon can be observed in college dining halls, faculty lounges, and corporate cafeterias. We have waited far too long to begin our conversations about race.
Available as: Book

To Kill A Mockingbird by Harper Lee
“Shoot all the bluejays you want, if you can hit ’em, but remember it’s a sin to kill a mockingbird.” A lawyer’s advice to his children as he defends the real mockingbird of Harper Lee’s classic novels – a black man charged with the rape of a white girl. Through the young eyes of Scout and Jem Finch, Harper Lee explores with rich humor and unswerving honesty the irrationality of adult attitudes toward race and class in the Deep South of the 1930s. The conscience of a town steeped in prejudice, violence, and
hypocrisy is pricked by the stamina and quiet heroism of one man’s struggle for justice – but the weight of history will only tolerate so much.
Available as: Book, Audiobook, eBook, eAudiobook, DVD

Do the Right Thing – A Movie by Spike Lee
Director Spike Lee dives head-first into a maelstrom of racial and social ills, using as his springboard the hottest day of the year on one block in Brooklyn, NY. Do the Right Thing is a portrait of how multiple cultures live together in modern day America and it also succeeds in being a stark and potent portrayal of what happens when racial quarrels get out of hand.
Available as: DVD

Americanah by Chimamanda Ngozi Adichie
The story of two Nigerians making their way in the U.S. and the UK, raising
universal questions of race and belonging, the overseas experience for the African diaspora, and the search for identity and a home. Winner of the National Book Critics Circle Award for Fiction.
Available as: Book, Audiobook, eBook, eAudiobook

I Can’t Breathe: A Killing on Bay Street by Matt Taibbi
Eric Garner’s death in July 2014, after a police officer on Staten Island, New York, put him in a choke hold for selling single cigarettes, was captured on video and horrified millions, with national protests contributing to the emergence of the Black Lives Matter movement. Taibbi, a National Magazine Award winner and the author of three New York Times best sellers (e.g., The Divide), takes on a seminal event in race relations today.
Available as: Book

P.S. I Can’t Breathe – A Documentary
Provides a raw, uncensored glimpse into the Millions March NYC immediately AFTER a grand jury deliberated to not indict the officer responsible for Eric Garners death. Received the Award of Recognition from Best Shorts.
Available: On Hoopla and Kanopy

The Color of Water: A Black Man’s Tribute to His White Mother by James McBride
Who was Ruth McBride Jordan? Not even her son knew the answer to that question until he embarked on a twelve-year journey that changed himself and his family forever. Born Rachel Deborah Shilsky, she began life as the daughter of an angry, failed orthodox Jewish rabbi in the South. To escape her unhappy childhood, Ruth ran away to Harlem, married a black man, became Baptist and started an all-black church. Her son James tells of growing up with inner confusions, chaos, and financial hardships; of
his own flirtation with drugs and violence; of the love and faith his mother gave her twelve children; and of his belated coming to terms with her Jewish heritage. The result is a powerful portrait of growing up, a meditation on race and identity, and a poignant, beautifully crafted hymn from a son to his mother.
Available as: eBook, eAudiobook

The Color of Compromise: The Truth About the American Church’s Complicity in Racism by Jemar Tisby
The Color of Compromise reveals the chilling connection between the church and racism throughout American history. Author Jemar Tisby traces the threads of racial persecution and demonstrates the cruelty and indifference shown by the majority of churches and white Christians to the plight of African Americans.
Available as: eAudiobook 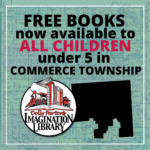 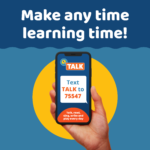 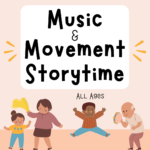 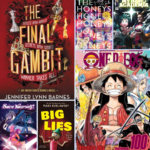 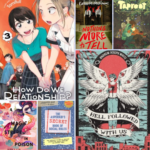